In particular, the former miner wants the government to fix the problems that prevent small businesses from being competitive 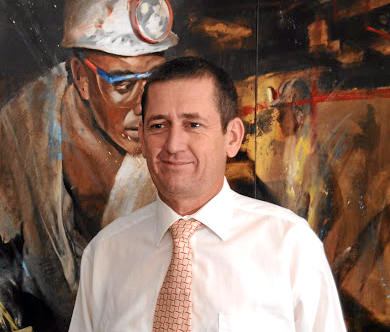 Former miner Bernard Swanepoel has in recent years become a vocal advocate for the junior mining industry and, latterly, all small business through the Small Business Institute. As President Cyril Ramaphosa mulls his cabinet, Business Day asked Swanepoel what’s on his SA 2.0 wishlist.

I do think we are at a critical point and perhaps we can talk today to where we were two years ago and where we could have been … getting rid of [Jacob]  Zuma, these inquiries exposing how deep this cancer of corruption and state capture runs through corporate and public SA … So it could have been worse, it isn’t. I do think that the cabinet appointments will demonstrate whether this same ANC that destroyed our economy has got the ability to let go of what didn’t work and start afresh — and it’s going to be telling.

I like the narrative, I like the smaller cabinet but it’s not about size … If you don’t have people that actually think of business and business owners as patriotic South Africans that create value for all South Africans through business activity then we’re just going to see more of  “let’s redistribute that which was created in the past” as opposed to creating new value, which can suck in the unemployed and youth and people who were historically excluded.

You don’t need to be an optimist but you’d really have to be a pessimist not to at least think that we have a chance to reset. I think cabinet is going to show exactly how compromised the organisation [the ANC] still is, to what extent the horse-trading to satisfy factional fights will play out, and these departments where you can dump anybody. There are four or five critical economy-related departments — whatever they are after this, they’re going to have to have real people.

We have to up our standards. We can’t just say we like Pravin [Gordhan] because he’s not corrupt. Clearly, we need to look at people’s track records and say: “did this person in his or her term as a minister create value or not?” I mean, “not corrupt” should be a given. We have to up our requirements of our public representatives. Let’s assume we’ll have non-corrupt people and then look for competence, for ability to implement. We gave people who should not have jobs a blank cheque book.

SA has historically had an over-concentrated economy. On the one hand you need a big mining company to take on the world, but on the other hand, where are all the small mining companies? So our skewed economy, I think, contributes significantly to the two biggest issues: unemployment, especially of young people. I mean a big bank is not suddenly going to employ a matriculant with a bad SA matric, whereas smaller businesses can much more easily create a space where people can work. And then also, big businesses can only do redistribution of wealth through BEE and ownership schemes — that’s hardly creating new wealth. Whereas small business, where something goes from zero to a billion, is more likely to suck black South Africans into it than the musical chairs in corporate SA.

Clearly, in the run-up to the elections, all high-profile people and business organisations have been keen to be seen in this space. So this is clearly an area that everybody speaks to, but when it comes to “are we prepared to undo some of the things we so deeply believe in” — like we can regulate people into decent jobs — we’ll have to see whether the conclusion of this new administration is going to be that we had good policies but not enough implementation, or a rethink and say “my God, what we do ain’t working”.

The one thing we have discovered — and that’s why we try have these conversations publicly — is that we as South Africans don’t really like to deal with facts. We have our perceptions. Today you’ll see people saying that 60% of jobs in SA are created by small business; that’s a total bullsh*t number — it doesn’t exist. Our research shows only 28% of South Africans are employed by so-called small business; even worse, almost 70% of South Africans are employed by the 1,000 large employers, state-owned enterprises, government and the Anglos of the world. We’ve got an NDP [National Development Plan] that speaks to stuff but there’s no substance.

So one of our obsessions is that we need to, in the next two or three years, influence our policies based on real facts. Let’s do real research. If we hate the answers, you can shoot the messenger — but the facts are the facts.

We want to know our members, please take part in our surveys